Retired from professional lacrosse, the lure of playing at a World Championship less than an hour from his hometown was too good of an opportunity to pass up for Andrew McBride.

McBride called it a career following the 2014 National Lacrosse League season, following a 182-game career, all for the Calgary Roughnecks. That also included another 23 playoff games and a pair of NLL titles (2004 and 2009).

But come September, the 36-year-old will be back on the floor, serving as a veteran presence with the Irish National Team at the 2019 Federation of International Lacrosse World Indoor Lacrosse Championship.

His coach with Ireland – who was also part of the Roughnecks staff when McBride was on the roster – knows just how valuable McBride is to the team. 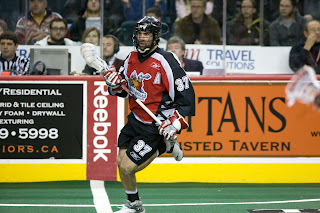 “You can only coach so much. Once they are on the floor, especially on those big rinks, the players can’t hear what you are saying and you need a calming influence like Andrew on the floor, which is great for us,” explained Jeff Dowling. “Guys are going to rely on him, he is fantastic.”

The tournament will be held September 19 to 28 at Langley Events Centre, just a quick car ride from McBride’s hometown of Ladner. He was inducted into the Ladner Sports Hall of Fame in 2016.

With the tournament so close to home and wanting his two daughters to see him play (he retired from the NLL around the time his eldest was born) were big factors in McBride’s decision to rejoin Team Ireland. He originally played for the team at the 2015 Championship.

“It will be an exciting opportunity to play at home for me, to be able to play in front of my kids, my parents, my wife, it is just such a big honour,” he said. “And it is exciting for all these different countries to get to see Beautiful BC and the Lower Mainland.”

So how exactly does a kid from Ladner wind up representing Ireland?

In McBride’s case, it began with an invitation from one of his coaches at the time with Calgary, Jeff Dowling, who was tasked with assembling and coaching the Ireland entry for the 2015 World Indoor Lacrosse Championship.

McBride’s grandparents were born in Ireland making him eligible to represent the European country.

“What better honour than to be able to play for a country that has played a part in the heritage of my family? I jumped at the opportunity,” McBride said.

This will be his second time playing for Ireland, helping the team finish in sixth spot at the 2015 World Indoor Championship and he also knows this could be his last crack on the international stage.

“I am getting a little bit long in the tooth, but I am relishing this opportunity,” he said. “Anytime you can represent your country, anytime you can play  at home, anytime you get to play the Creator’s game, it is a great thing and I am going to go out and enjoy the tournament and hopefully inspire the next generation of Irish players to do what they can to join lacrosse and strive for greatness in lacrosse.”

In the meantime, he will continue readying for the Championship.

These days, McBride is an assistant coach with the Colorado Mammoth, and for his playing preparation, he anticipates suiting up for part of the summer with the Senior B Ladner Pioneers of the West Coast Senior Lacrosse Association. 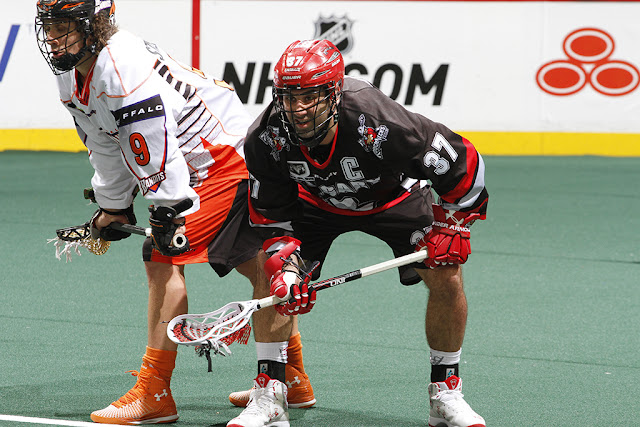